Johnny loved to travel.   As his success in TV and film grew, so did his opportunities to take off and see places and people he was interested in – the South of France, the Middle East, Scotland,  the interior of Southeast Asia, Brazil, Argentina – always traveling far off the well-trod paths experiencing countless cultures everywhere he went.

He had no hesitation braving the jungles of Thailand on the back of an elephant or spending his nights in small villages where he made fast friends with the locals, all the while toting his laptop along, working furiously on translating the experiences and inspirations into the written word.

Johnny made his first European trek by himself when he was not quite 18.   9/11 had happened only the day before, yet he managed to leave the U.S. on one of the few planes still flying internationally.  Once in Paris he found himself virtually alone as an American tourist, and treated with overflowing emotion. Restaurant owners laid out their best meals for him, hoteliers gave him the best suites.    Each time his hand went to his wallet it was batted away by insistent proprietors eager to avail him, gratis, of all their wares.   The Louvre was kept open for him after hours so that he could dawdle, unrushed, among the masterworks.  The experience touched him deeply and sparked a life-long love for France.  He would return to that land years later for strength and respite, when his own world was crumbling.

On another journey, at an outdoor market in Vietnam, Johnny perceived a particularly compelling aroma.  Following his nose he found himself standing before an old woman roasting meat over a modest pit.   Pointing at the food, he flapped his arms and inquired, “Cluck?  Cluck?”  The woman shook her head:  “Woof! Woof!”

A few years later one drizzly night in LA, as I rushed to my car, I noticed Johnny’s face on my caller ID.   Answering the cell call, I was greeted by a girl’s giggles and Johnny’s voice, “Hey, Dad, could you do your fifty Russian composers for my friend?  She doesn’t believe you can do them in thirty seconds.”
“Jonathan?   Where are you?”
“Istanbul.  C’mon, Dad!  She won’t believe me!”

And so I recited fifty Russian composers, an old Danny Kaye routine I had memorized in my youth, in thirty seconds, in a rain-soaked parking lot in LA, to the accompaniment of high-pitched giggles from a young woman somewhere in Istanbul, who apparently needed reassurance at that moment that such things were possible. 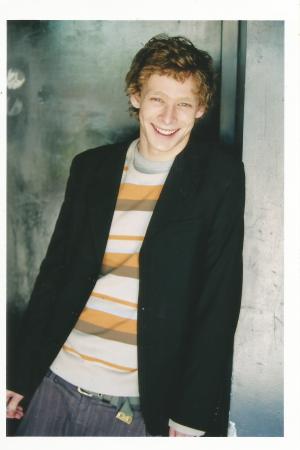 Yes, Johnny was a traveler, his brief time with us possibly just another way-station on a larger journey.

This entry was posted in The Johnny We Knew and tagged funny, Johnny Lewis, Sons of Anarchy, TV. Bookmark the permalink.